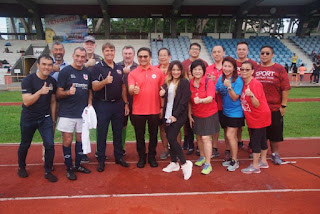 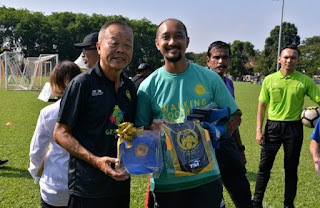 Written By: Shahrom Asmani (ex-football reporter for a few magazines and newspapers)
39-year old Football Crazy Person has been in love with football ever since he attended Singapore National Team’s matches at Kallang Stadium in the roaring 80’s. Has been a goalkeeper for a good part of the decade for a variety of teams but joined WaF4H last year because of the team’s mission and values.

WaF4H does not only allow participants to play football, holistically the team concentrates on various other aspects as well such as food, nutrition and personal well-being. Hopefully WaF4H can lengthen this writer’s career, be it in the football field or in the part-time writing arena as well.

The date will forever be remembered as the day when Member of Parliament for Bishan-Toa Payoh GRC Mr Saktiandi Supaat officially launched TEN-3GEN at the Toa Payoh Stadium. 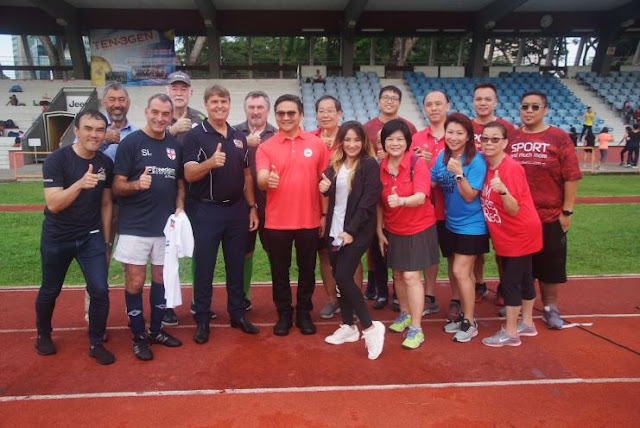 MP Mr Saktiandi Supaat Launching TEN-3GEN
Mr Saktiandi has been supporting WaF4H’s cause for quite some time and he has fully believed in the ground-up initiative led by Celebrity Exercise Physiologist and Nutritionist Dee Dee Mahmood. Thanks to him and the support of Active SG and other organizations, Toa Payoh Stadium has been Waf4H’s training ground for the past few weeks. 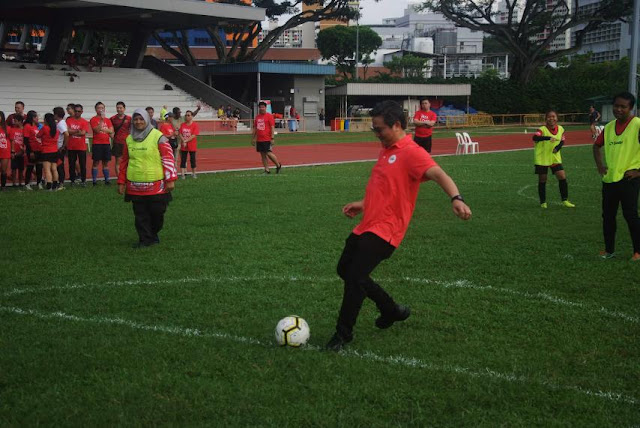 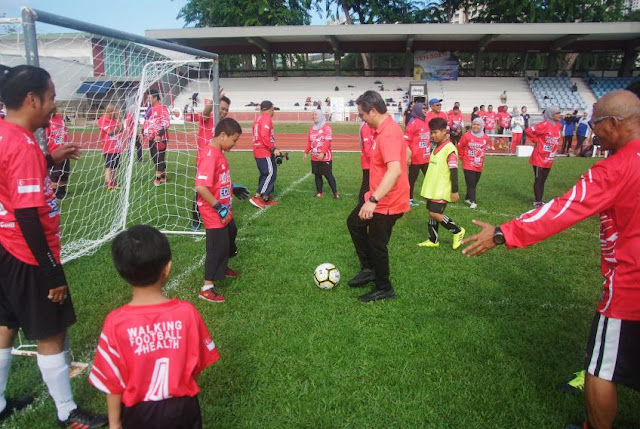 MP Mr Saktiandi Trying to Score Against a Much Younger Opponent

WaF4H is a research initiative under Dee Dee Mahmood as part of her Associate Adjunct Senior Lecturer work for Edith Cowan University Australia.

Hence it was no surprise that many important people were in attendance as well for the official launch, besides our MP Mr Saktiandi Supaat. 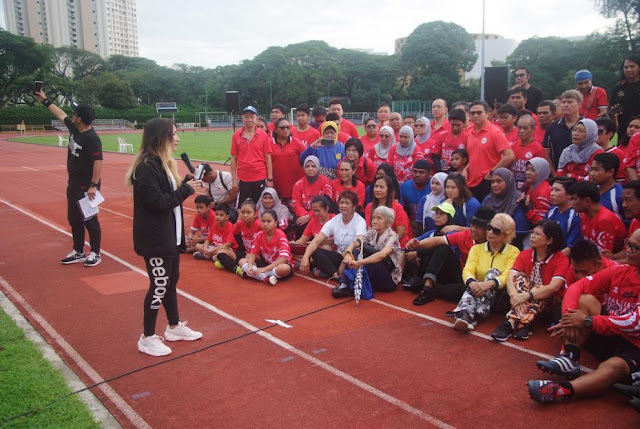 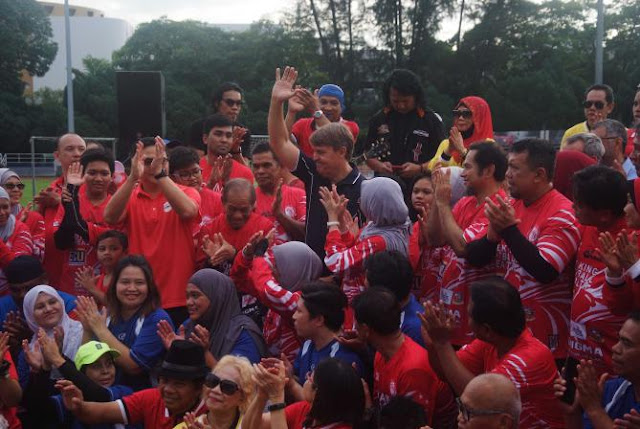 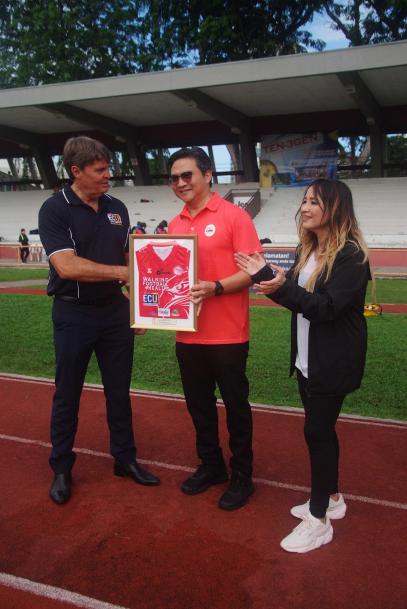 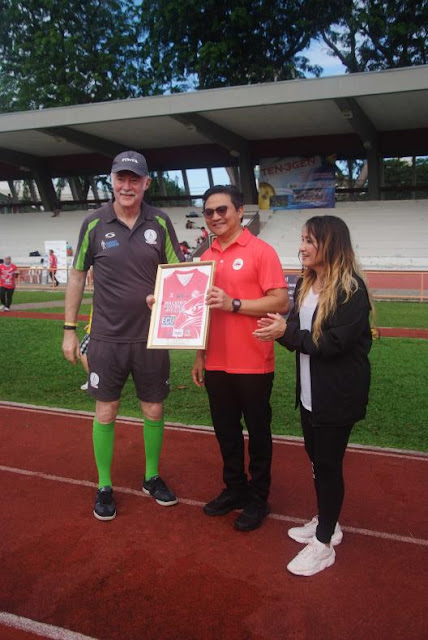 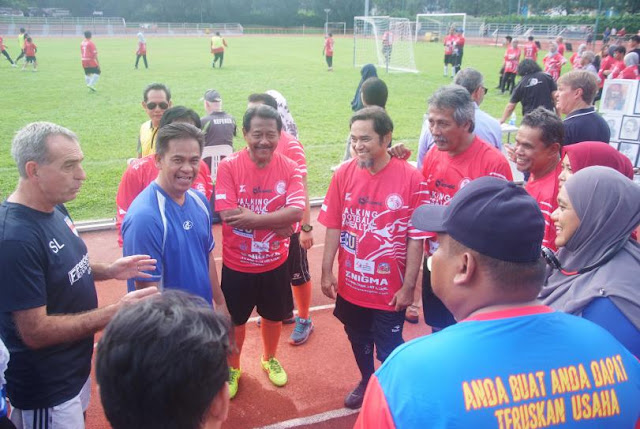 If that is not enough to impress you, the event also attracted University of Malaya’s Walking Football team and also a team of celebrities and also famous personalities who are trying out the game for the first time. Toa Payoh Novena CSC also registered a team to play, naming themselves aptly as team TEN. It was definitely an honour for Waf4H’s team members to play against many teams that are supporting the cause and ground-up initiative. 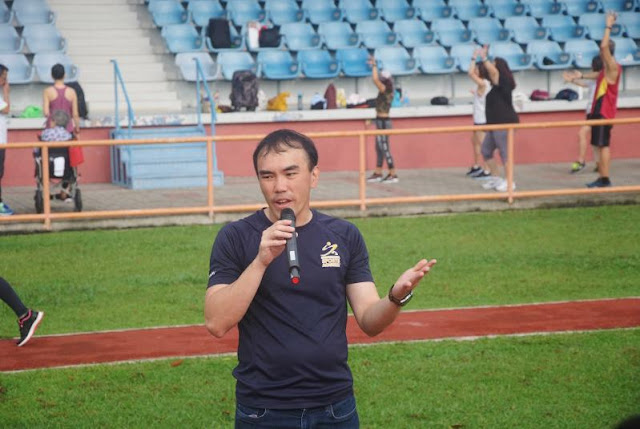 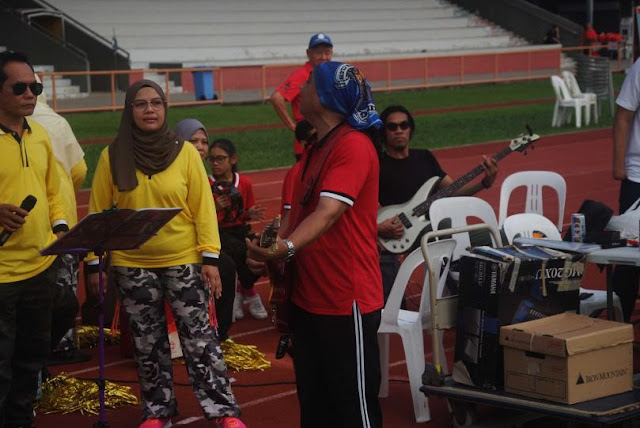 Mr Moliano and his Band Upped the Glamour and Entertainment Factor 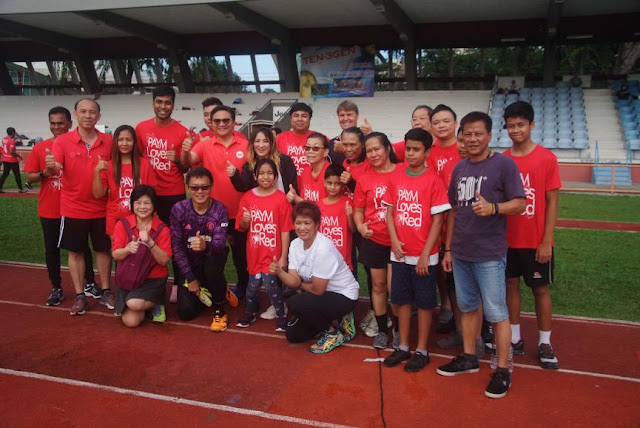 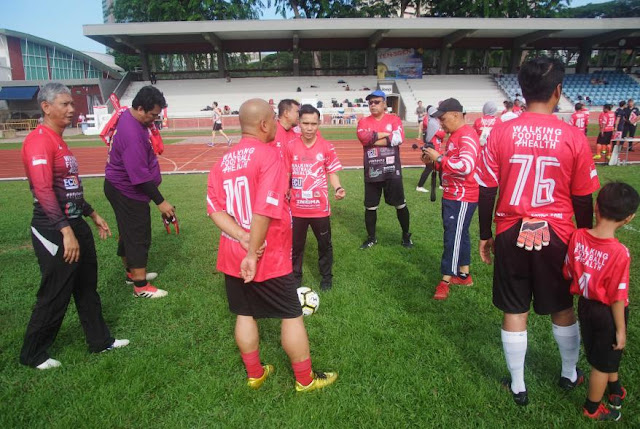 One of Team WaF4H’s Representatives Mentally Preparing for the Matches

Mr Saktiandi explained to everyone the significance of the launch in his opening speech. He said, “Why TEN-3Gen? It is Toa Payoh East Novena, not the number ten.

Because Novena, Novena Square, Tan Tock Seng Hospital, they fall under my constituency hence why TEN is a nice way to group everything collectively.

Why Gen? The reason is because we want to make sure that we want the family unit, from the young ones, parents, grandparents, hopefully great grandparents can play Walking Football together.

So today, this is the first time we are organizing an event whereby the children, parents and grandparents are playing in the same team. This is very encouraging because Walking Football is a game where everyone can play and walk together.

In terms of community, we are encouraging residents to come to Toa Payoh Stadium every Sunday (5 pm to 7 pm), to join and learn about Walking Football and hopefully the families can spend more time together.

From today’s event, you can see the element of multi-racialism and also an element of a strong community within the vicinity. Toa Payoh East Novena has a lot of elderly residents so we are definitely encouraging them to be a part of the Walking Football training sessions at Toa Payoh Stadium.

With Walking Football, we hope this is another good channel for the families to bond together. Not only in Toa Payoh East Novena, but for everyone else in Singapore as well.

I’d like to encourage everybody to embrace the community, to welcome anyone who is willing to come to Toa Payoh Stadium every Sunday for a fun game of Walking Football. We are encouraging more residents of all ages and races in the area to join Walking Football. This is one of the reasons why I am supporting the use of the Toa Payoh Sports Stadium via ActiveSG” Mr Saktiandi said. 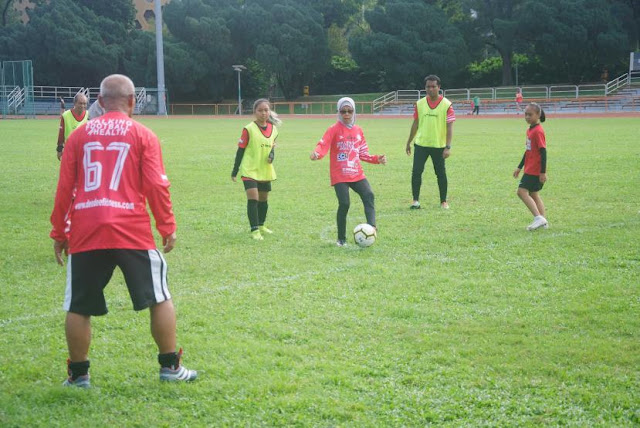 Walking Football - A Game for Anyone and Everyone 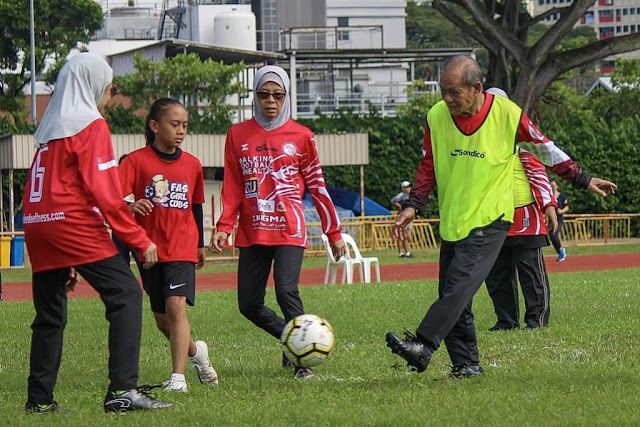 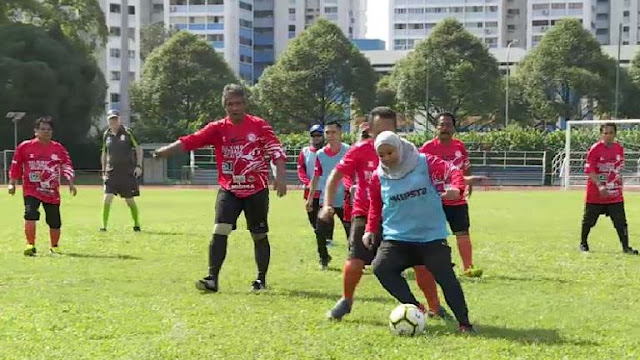 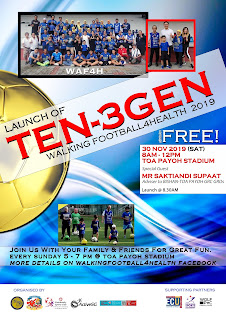 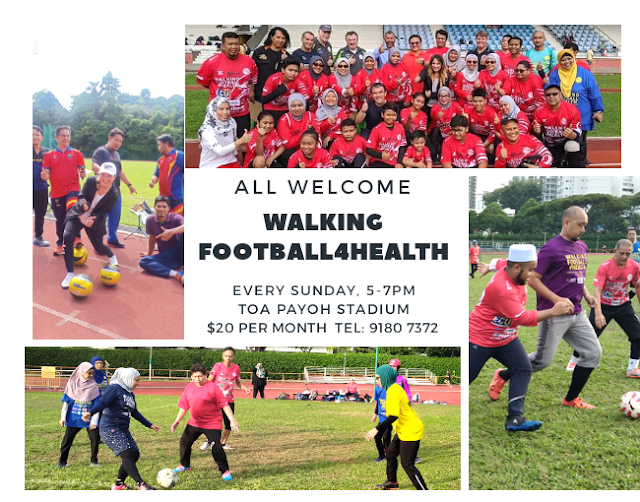 Popular posts from this blog

I Am Dee Dee Mahmood

A well-stretched muscle helps you in the process of recovery after exercise, ridding you of excessive muscle soreness. It also decreases your risk of injury as your muscle and surrounding areas of the muscles become supple and flexible.


Myths about stretchings Stretch before or after exerc…
Read more